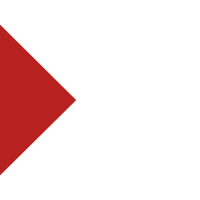 IoT cloud platforms are cloud-based middleware software and considered as the ‘plumbing’ of IoT solutions. They deliver IoT and cloud computing capabilities as a service over an end-to-end platform. IoT cloud platforms provide ready-to-use software components which can be customized to suit your IoT cloud solution with minimal effort.

AWS® announced the availability of its IoT cloud platform, AWS IoT, in October 2015. AWS describes it as “a managed cloud service that lets connected devices easily and securely interact with cloud applications and other devices”. They claim that AWS IoT can scale to billions of devices and trillions of messages and can process and route those messages to AWS endpoints and to other devices reliably and securely.

AWS IoT stands out due to its feature-rich portfolio and significant customer base. This platform includes a device gateway, a rules-based engine, a registry where you store device properties and track connectivity status. Like other AWS services, the AWS IoT cloud platform is metered on a pay per use model, based on Connectivity, Messaging, Device Shadow usage (device state storage), Registry usage (device metadata storage), and Rules Engine usage (message transformation and routing). This approach provides you with transparency and a cost-effective price regardless of your workload type, because you only pay for the specific AWS IoT Core components that are used.

Have you selected AWS IoT for your IoT solution?

Connect with us today to rapidly and efficiently build your AWS IoT cloud solution.

Read our white paper on Developing IoT Solutions with AWS IoT Platform, to learn more about the different components and reference architecture of a typical IoT platform and how the AWS IoT platform realizes them through its managed services.

As an AWS Technology Partner, Thinxtream leverages the power of the AWS IoT Platform services to quickly deliver value added IoT products and IoT solutions for your Connected Products and Smart Services. With the strong backing of AWS IoT cloud platform components, Thinxtream is able to help you to deliver new business models driven by real-time data, release IoT products and IoT solutions, which improve over time, operate at increased efficiency and make intelligent decisions.

Over the years, Thinxtream has delivered IoT solutions in consumer, industrial and enterprise domains and built strong expertise in the following core services from AWS IoT.